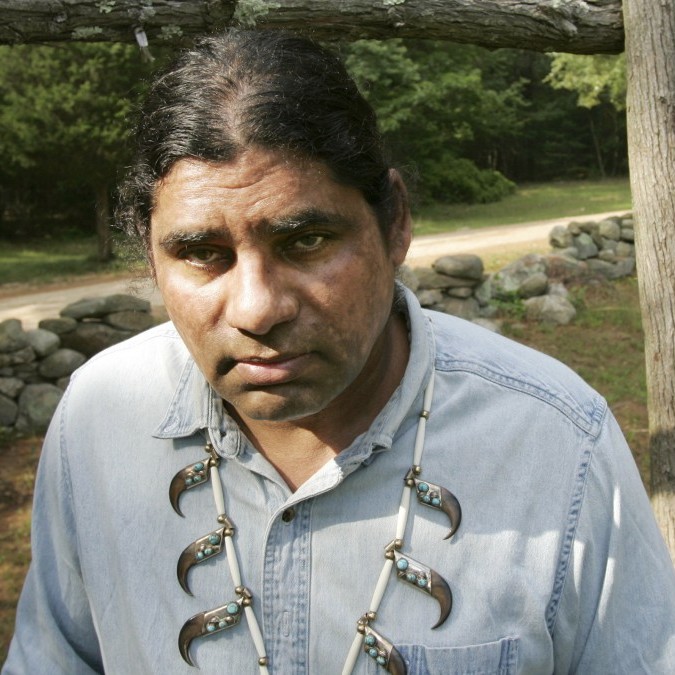 John B. Brown, III, Narragansett Tribal Medicine Man and Historic Preservation Officer
As the founder and principal officer of the Narragansett Indian Tribal Historic Preservation Office (NITHPO), Mr. Brown has 32 years of experience in the active leadership and direction of the protection of all manner of Tribal cultural resources, including ancestral burials. His breadth of knowledge and command of federal historic preservation law has allowed him to build NITHPO into a national leader in innovative forms of Tribal historic preservation. After nearly two decades of service as understudy to the Narragansett Indian Tribe’s Elder Medicine Man, the full responsibilities of the Tribal Medicine Man were transferred to Mr. Brown upon the Elder Medicine Man’s retirement in 2012. In his role as the Tribal Historic Preservation Officer for the Narragansett Indian Tribe, Mr. Brown’s vision for the NITHPO’s engagement of federal agencies and the scientific community as a partner in on‐going marine spatial planning research initiatives associated primarily with offshore alternative energy development has created new and unique opportunities for cooperation and collaboration.