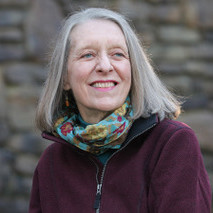 Mary Carter Bishop was a reporter at five newspapers, big and small. While at The Philadelphia Inquirer, she was on a team that won a Pulitzer Prize for coverage of the partial meltdown of the Three Mile Island nuclear plant. Later, she was a Pulitzer finalist and winner of a George Polk Award for a Roanoke (Va.) Times & World-News series on pesticide poisonings and fraud by exterminators. Beginning in 1985 and continuing for years, she interviewed survivors of Virginia’s eugenics movement and published more than a dozen newspaper stories. In 2018, her memoir, Don’t You Ever: My Mother and Her Secret Son, inspired in part by her eugenics encounters, was published by Harper. She is retired and lives in Roanoke, Virginia.