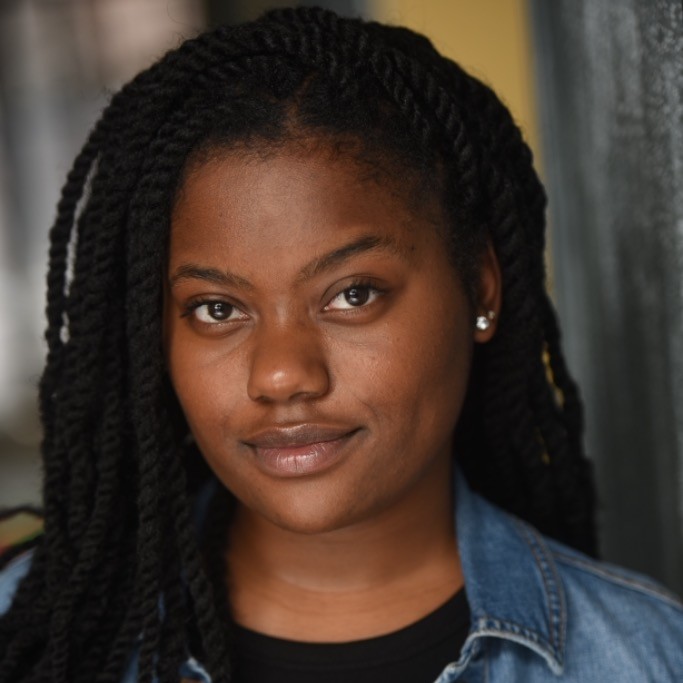 Maia Sanaa (My-ee-ah Sa-nah), Actress & All Around Creative Artist. A native of the DC-Maryland area, now residing in the Atlanta metro area, Maia is an artistic phenomenon to keep your eye on. She is currently a sophomore majoring in Theatre Arts and minoring in Film/ TV at Boston University. At only 19, Maia has already been recognized by major publishers such as the New Yorker and PitchFork review for her renowned poem, “Amerikkka’s Bay.” As well as having starred in, collaboratively devised, and partially composed- the breathtaking production that was Serenity Srae’s “Somebody/Anybody, Sing a Black Girls Song.” With talents ranging from acting, singing, writing, poetry/spoken word, dancing, and beyond, Maia is an artistic anomaly. In the past, she’s worked on and starred in numerous other plays, including Naomi Izuka’s A(non)ymous and the Youth Ensemble of Atlanta’s annual showcase. Meaning “beautiful art” in Swahili, Maia Sanaa is a name the world will soon know! Thank you all for listening to my poem, “Amerikkka’s Bay”, which will be featured in my upcoming poetry book & album. I am so honored to be representing ArtChangeUS at this conference! 🙂

Ways To Connect w/ Me: