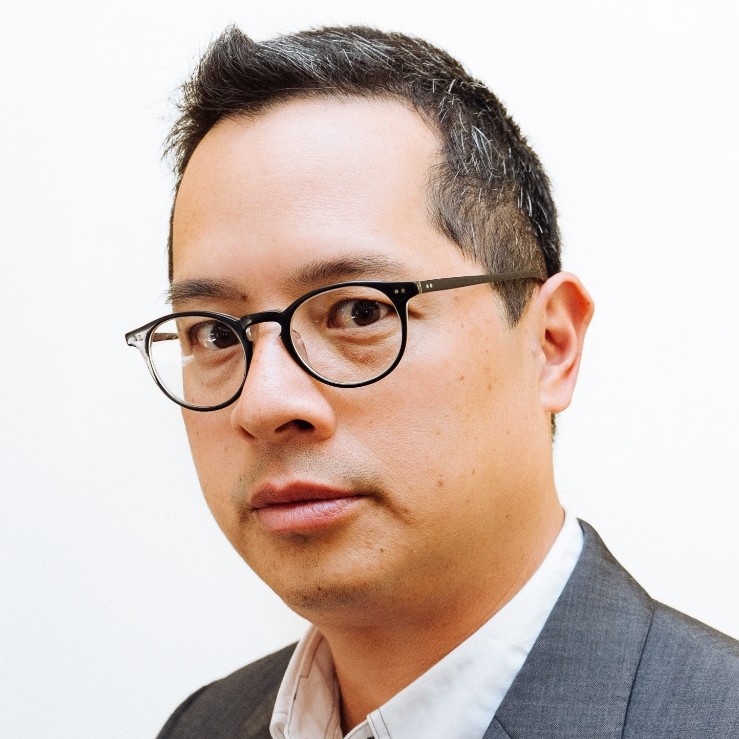 Jeff Chang has written extensively on culture, politics, the arts, and music.

His first book, Can’t Stop Won’t Stop: A History of the Hip-Hop Generation, garnered many honors, including the American Book Award and the Asian American Literary Award. Slate named it one of the best nonfiction books of the past 25 years. A new revised Young Adult edition of the book—co-written with legendary hip-hop journalist Dave “Davey D” Cook—was published in 2021.

Who We Be: The Colorization of America (St. Martin’s Press) was released on October 2014, to critical acclaim. It was published in paperback in January 2016 under the new title, Who We Be: A Cultural History of Race in Post Civil Rights America (Picador). The book won the Ray + Pat Browne Award for Best Work in Popular Culture and American Culture and was a finalist for the NAACP Image Award, the Dayton Literary Peace Prize, and Books For A Better Life Award. He also edited the book, Total Chaos: The Art and Aesthetics of Hip-Hop.

We Gon’ Be Alright: Notes On Race and Resegregation (Picador), was published in September 2016 on Picador. It was named the Northern California Nonfiction Book Of The Year, and the Washington Post declared it “the smartest book of the year.” In May 2019, he and director Bao Nguyen created a four-episode digital series adaptation of the book for PBS Indie Lens Storycast.

Jeff is featured in the PBS documentary series, Asian Americans. Recently he helped to write the Cultural New Deal alongside a number of artists and culture bearers. His next project is a biography of Bruce Lee.

Jeff has been a USA Ford Fellow in Literature. He was named by The Utne Reader as one of “50 Visionaries Who Are Changing Your World,” by KQED as an Asian Pacific American Local Hero, and by the Yerba Buena Center for The Arts to its 2016 YBCA 100 list of those “shaping the future of American culture.” He was named to the Frederick Douglass 200, as one of “200 living individuals who best embody the work and spirit of Douglass,” and is featured in the PBS documentary series, Asian Americans. Recently he helped to write the Cultural New Deal alongside a number of artists and culture bearers.

Jeff co-founded CultureStr/ke and ColorLines. He has written for The Guardian, Slate, the New York Times, The Nation, the San Francisco Chronicle, The Believer, N+1, Mother Jones, Salon, and Buzzfeed, among many others.

He was previously the Executive Director of the Institute for Diversity in the Arts at Stanford University for seven years. He serves as a Senior Advisor at Race Forward.