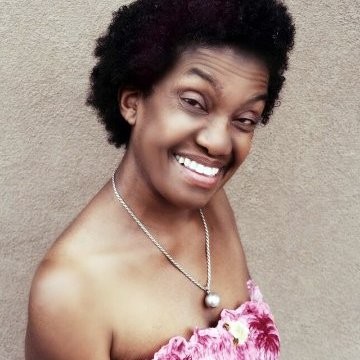 Diana Elizabeth Jordan (Actor, Solo Artist, Filmmaker, Disability Inclusion Artivist) offers an dynamic and powerful alternative to the traditional keynote address through her one woman shows, performance lectures and spoken word concerts. She is a living example of triumphing over adversity and resiliency. Diagnosed with cerebral palsy (which mildly affects her speech and gait) around age 2, grew up with a tenacious determination to not to let adversity stand in the way of achieving her dreams. Diana was the first actress with a disability to obtain a Masters of Fine Arts in Acting from California State University Long Beach. She also holds certificates in Occupational Therapy (University of Kansas), Social Emotional Arts ( UCLA) . As an award winning actress, she has been cast in over 60 theater productions, film and television most recently appearing on C.B.S.’s S.W.A.T.
Ms. Jordan’s talents extend beyond of her love of performing she is an award nominated director and a member SAG-AFTRA and Actors Equity Association. She is also the Creative Artistic Director and Founder of The Rainbow Butterfly Café, an EduTainment Production Company which she launched in 2015 and and recently ;launched Dreaming Big On A Swing Entertainment .Diana is committed to entertaining, impacting and empowering audiences in inclusive diversity, disability intersectionality, inspiration, empathy, personal growth and professional development… Whether portraying a character or sharing a personal story, Diana touches the hearts of audiences with her humor, creativity, vulnerability and honesty
< return to all presenters
Copyright © 2021 The Public History Project